The second label made by the team of château La Gaffelière.

Born in 1985, Clos La Gaffelière has his own vat room and cellars.
Ageing is done, in large part, in one and two years old barrels

The blend is usually a large majority of Merlot ( up to 90%) and the rest of Cabernet Franc
90% from our clayey foothills ,this wine made by the team of Château La Gaffelière, it is vinified and aged with just as much care as the lots making up the first wine.

On specific foreign markets, Clos is sold under the label DAME GAFFELIERE. 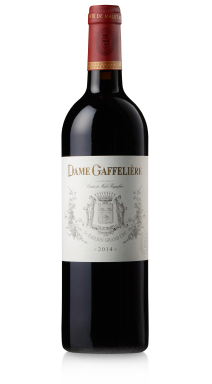 Second label of Château La Gaffelière,1st GCC so (the cream of the appellation) is from young vines under 15 years. So It as the same terroir, same exposure, same equipment, and same know-how as it “big brother”. The beautiful vintage 2010 already opens out, however it deserves a little bit of patience.

The Silky. A guideline without compromise for this second of La Gaffelière.
The suppleness of Merlot, but with structure and poise. Nice tannins, silky. Beautiful ageing expectation. 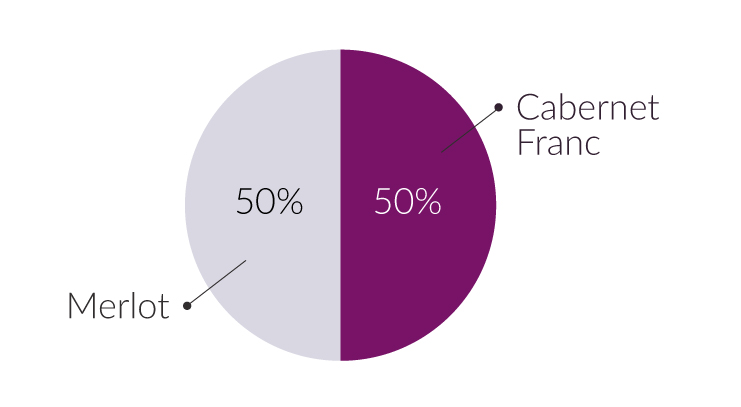 Powerful, rich and delicate with an intense tannic structure

Beautiful, powerful with an intense tannic structure, the second wine of Chateau La Gaffelière is the nice bottle of the selection to be offered or stored in the cellar

The beginning of winter was cold with periods of snow. However, February and March were warmer, with temperatures over 15°C and light rainfall, bringing about an early start to the vine cycle and earlier than usual bud-break. This weather pattern continued and increased at the beginning of April, resulting in homogeneous and very vigorous vine shooting. From that moment on, the vines had a substantial advance on a normal year and were two weeks ahead of 2010. The flowering was quick, even and with very few shot berries (coulure).This hot, dry weather continued and compounded the problems of water deficit stress in the soils and deficiencies in the vine plant. The heat-wave that occurred on June 26 resulted in sunburnt fruit and vines shutting down. Very luckily, summer turned out to be much more normal with more humid conditions during the ripening phase. As the harvest approached, the grapes displayed good ripeness both in the skins and the tannins.
Harvest : Handpicking from September 9 to 26, 2011
Painstaking selection in the vines – vibrating sorting tables

A very ripe wine with some signs of evolution in the mahogany reflections and spicy nose (leather).
Tasty nose, ready to drink thanks to a ripe harvest, solar notes, rich texture which expands smoothly

The end of winter was dry and cold (February) with a substanstial water deficit in the soils. Then spring remained cool but wet (April) disrupting bud-break. Uneven vine shooting was visible on the same stock. Endly temperatures turned milder but heavy rains on early June disturbed the flowering and gave some shot berries (coulures). On July, hot days alternated with lower temperatures wich gave difficulties to the veraison. End of summer was more even, hot and dry on August, September was milder ; its showers intensified the ripeness. As the harvest approached, the grapes displayed good ripeness both in the skins and the tannins.

Harvest : handpicking from October 4 to16, 2012
Painstaking selection in the vines – vibrating sorting tables

The vintage 2013 was highly complicated, the climatic events mess up the development and the ripening of the grapes.From spring, heavy rains and a lack of heat delayed of 3 weeks the growing cycle of the vine. After flowering, the first report is quite bitter : « coulure and millerandage » shatter and poor fruit set, especially on the elder merlot stocks will reduce the yelds. July is more even (warmer and dryer), however hailstorms caused serious damage in our region. Our estate is luckily untouched. The end of the season is damp, Botrytis cinerea is coming…Harvest lasts 8 days from october 1st. The expertise of our technicians (vines and cellar) allow to get the most out of our grapes. Our brand new vat room is used for the very first time, and is doing a great job !

Harvest : handpicking from October 1st to 8, 2013
Painstaking selection in the vines – opticalsorting machine (bought in 2013)

The second wine of Château La Gaffelière belongs to the best second labels of the vintage.
Almost a pure merlot, silky, fresh, charming; it shows the renown of a great terroir.

Red fruits, round palate, fresh, elegant, plays on the fruit, fine and tasty

Spring was nice and warm; it brought homogeneous births of fruits, and let us hope an heavy crop. Unfortunatly weather conditions turned damp : numerous showers through late august made the veraison last longer than usual. Luckily, the first week of september was hot and dry , and so, erased the difference in degrees of ripeness between the berries. The beautiful temperatures of september were salutary, an indian summer after gloomy days. Maturity developped perfectly and the vines remained in good health. After the first analysis and crush of berries, harvest appeared to be in normal time.

Harvest : handpicking from September 22 to October 13, 2014
Painstaking selection in the vines – optical sorting machine (purchased in 2013) 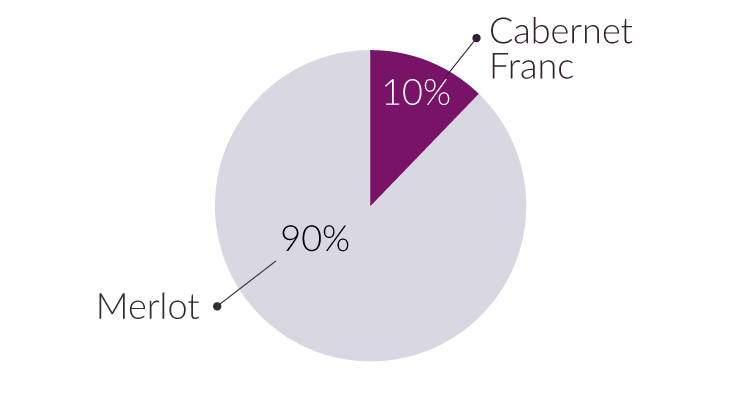 2015 is a warm and dry year, and matches perfectly with our clay-limestone terroir. March and April were mild and dry, bringing great conditions for budburst. Flowering was early (23/05), fast and without any problem (few showers, mild temperatures). Limited rainfall produced a gradual water stress specially close to the « veraison » (05/08) boosting the concentration of the grapes. Some showers in August ensured the high quality of the harvest. Grapes were able to ripe quietly with an ideal end of the season, with no climatic accident over St Emilion. On first day of harvest, merlots and cabernets francs showed high degree of alcohol (14,5 to 15,5% vol.) as usual during dry vintages and nice level of acidity (a pH value around 3,6 on clay-limestone soils / pH value of 3,9 on more sandy soils). The beautiful temperatures on september were great conditions, an unhoped indian summer after gloomy months…Ripness evolves and the sanitary situation of the vineyard is outstanding.

Vivid and fruity with hints of blackberry and mineral undertones. Medium to full body and a tight palate. Savory and delicious already

At the end of spring 2016, it had already rained as much as in a normal year in Bordeaux. There were understandable
doubts as to the future quality of the vintage… A favourable window in the weather opened up during flowering at the
end of May, favouring good fertilisation.
As is often the case with mild and wet vintages, there was a lot of pressure from parasites. It was difficult to find
the right moment for spraying, and added to this was the problem of just getting into the waterlogged vineyards… You
might say that it was a complicated year!
The summer was hot in 2016, without being sweltering, and above all very dry: between July and August, the weather
station at Gaffelière registered only 5 mm of rain… The clay soil at Gaffelière favours deep
rooting by our vines and the work by our teams to maintain balance allowed the harvest to proceed despite these
climatic challenges. As so often, Bordeaux worked its magic.. During the September that preceded the harvest, two
storms unblocked the ripening process, and this was followed by a real Indian summer, with a succession of cool nights
and hot days, favouring the slow refining of the tannins. The vineyard was in a good state of health and we could wait
for the optimum picking date for each parcel: the 9 days of Merlot harvest were spread out over 3 weeks at Gaffelière. 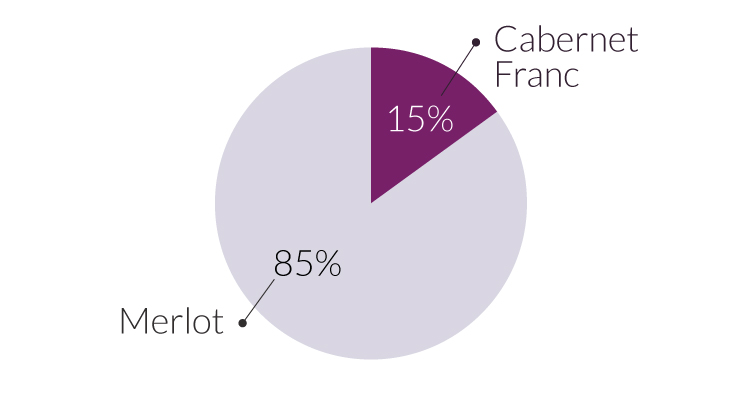